Lambs to the Slaughter 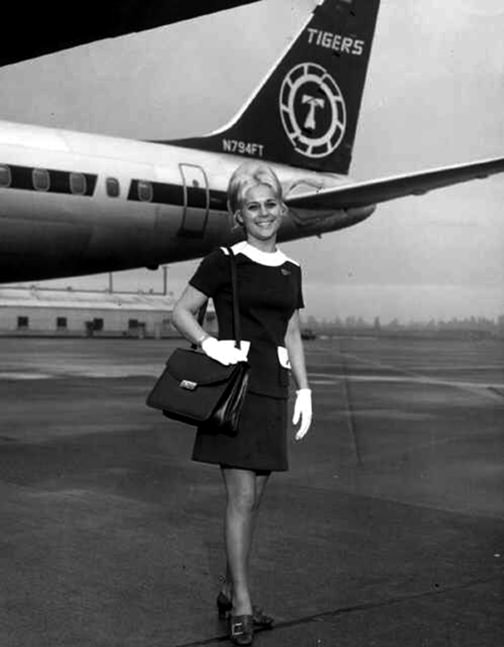 I leaned forward, reached into the seat pocket in front of me and rummaged around, searching for the unopened deck of playing cards. I let the elastic pouch snap shut, tore the cellophane off the deck, and flipped the top card over to find the joker card mocking my anxiety. The wild card. Figures, I thought to myself. Anything can happen in a game where the Joker is wild. I penned May 17, 1969 on the face of the card and made a mental note to write my departure date next to it, if I made the return flight home. Turning the playing card over again, I studied the Flying Tigers logo for a moment before placing the Joker into my wallet for good luck.

Twenty-two hours had passed from the time I left my home, to our final approach in Cam Rahn Bay, Vietnam. As the plane descended for touchdown, the engine pitch wound higher and higher, and through the small window, I watched the wing flaps protract and drop into position. With a jarring bump the plane landed and a final roar rose from the engines as the pilot immediately reversed thrust and applied the brakes. A banging vibration shuddered through the aircraft, throwing us forward in our seats. The brakes held and the plane slowed, coasting to a stop. Moments later, we began to move again as the pilot gently throttled up the engines and eased the airplane forward, turning it carefully off the runway. Lumbering unevenly across the bumpy tarmac, the aircraft pulled to the edge of the crude airstrip then came to a halt. The turbines whined in resignation as the captain shut down the tired engines.

His soft voice came over the intercom. “Gentlemen, on behalf of Flying Tigers, I’d like to welcome you to Cam Rahn Bay. Hope to see you on the return trip.”

The pretty blonde stewardess stood facing us with her back to the cabin door of the 727. She wore a navy blue uniform with a round, matching cap that held her upturned, carefully pinned hair in place. I leaned forward in my aisle seat, trying to get my first glimpse of Vietnam. Silent apprehension hung in the air as we quietly surveyed the landscape through the small, oval windows. The stewardess moved to the hatch, raised the long metal handle, turned it to the left ninety degrees and jerked back hard with both hands. Pulling the door open, she stepped aside and waited for us to deplane. As we moved down the center aisle toward the front of the cabin, I could see her standing still with her hands behind her back, her eyes filling with tears.

I drew closer and watched as she stood rigid, her gaze fixed on the open door, refusing to make eye contact with the fresh troops as they filed past. As each man left the plane, her tears flowed all the more, spilling down her cheeks. When I reached the door I took one last look at her pretty face, wet with tears. I was hoping for a return glance–a sliver of assurance. In a moment of weakness, she relented and our eyes met for a brief second. Everything that I needed to know about Vietnam was in her eyes. She quickly looked away toward the sun-lit doorway.

I hesitated, then turned and stepped out onto the steel platform into a solid wall of heat. Struggling to breathe in the hot, heavy air, I descended the portable stairs to the tarmac below and joined the others. We were now standing in the breath of the Dragon.

3 Comments on “Lambs to the Slaughter”