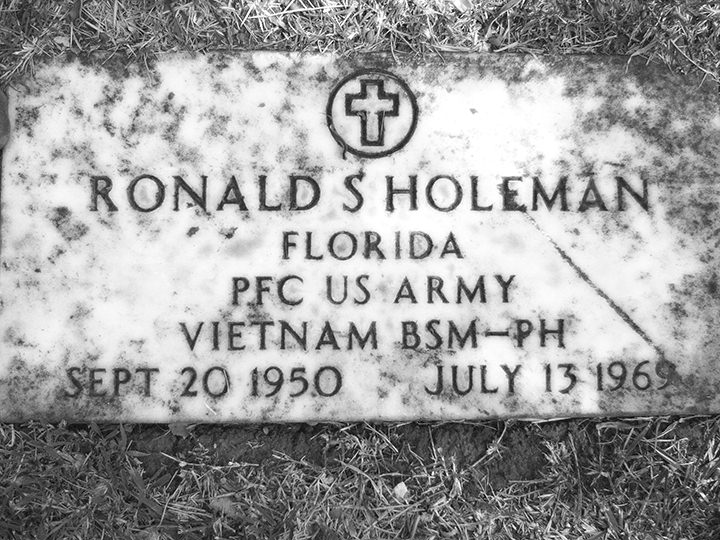 Even now, I remember Ron’s voice:

“Hi, my name’s Ron, you going to breakfast? They’ve got to be kidding! Green frosting on  cinnamon rolls? I’m from Santa Monica. Only a week ago, I was sitting on Venice Beach with my girlfriend. She was wearing a bikini and putting suntan oil on my back while I was watch’n the waves break. What am I doing here? Man, I hope I’m with you when we get to Nam! Man! I got this mongo blister on my heel! Check out these wings, Stamper! I’m officially a paratrooper. There was this staff sergeant recruiting for the Rangers, and knowing you guys, I figured you’d be crazy enough to join, so here I am. Are you sure these things are edible? I’m not sure I’m ready. Do they train you here or is it all OJT? Why don’t you come to California and ride some real waves. I hope they teach us tricks-of-the-trade, ‘cause the more you know, the better your chances. Think we’ll see any action?”

Three Hueys sat poised to lift off–rotating blades slicing at the morning fog in a steady, staccato chop. Droplets of rain hissed and spat against the hot engine cowlings that shielded the whining turbines and spinning rotor shafts. Water began to pool above the windshields and trickle down the glass. The weather was quickly changing, reducing visibility to a couple hundred yards. Fifteen camouflaged Rangers walked onto the chopper pad and separated into three teams, each boarding their respective birds. The helicopter engines whined and rose in pitch as the pilots increased the RPM’s. One-after-another, the three choppers lifted carefully off the asphalt helipad and leaned toward the Tiger mountains.

I watched as Ron’s helicopter gathered airspeed and disappeared. Fog swirled away from the spinning blades momentarily then closed in around the entire ship, swallowing it like a gray shroud.

Later, that night, Ron returned from the mission. They asked me if I would like to escort his body home.